The third home bout for the Prairieland Punishers started off with the Backlash and friends (fosters from surrounding leagues like Bloomington and Peoria) against the Illinois Valley Vixens and friends (fosters from Peoria). From the start, the Backlash took an early lead, which continued to grow through out the first half. The Vixen managed to keep it close during the second half and closed the gap in scores. In the end, the Backlash won the bout with the final score of Backlash 198 and Vixen 140. 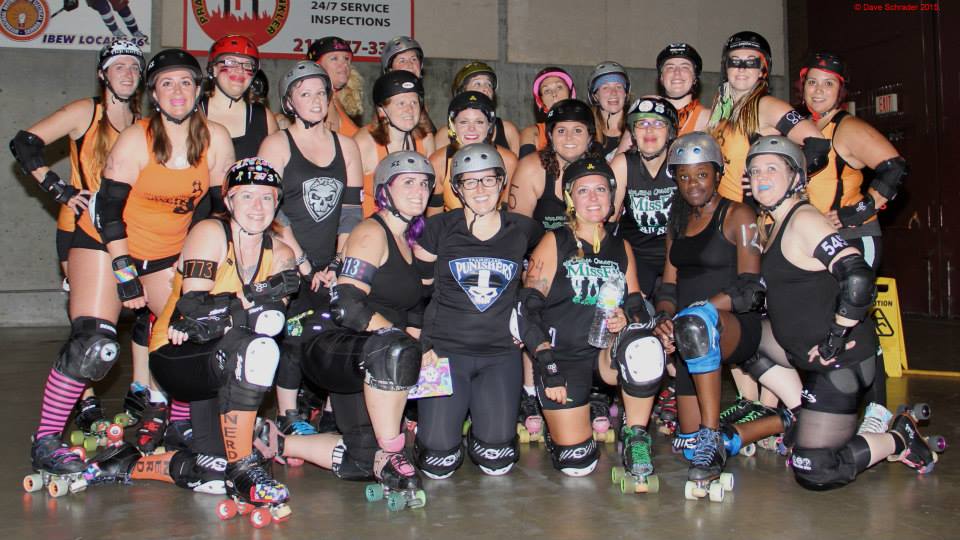 The Prairieland Punishers All-Stars then took the track against Dark River Derby Coalition (DRDC) All-Stars. This bout was very physical, which resulted in several penalities early on for DRDC. The Punishers took advantage by racking up points and continuing getting lead jammer. Each Punisher pack was playing as a unit, which made it hard for DRDC’s jammers to get through. At the half, the All-Stars were beating DRDC 80 to 59. Both teams are second half teams so it was going to be an interesting, exciting finish. This proved to be the case when DRDC came back to take the lead late in the second half. Though the All-Stars were able to cut the lead to under 20 points, DRDC held firm to their lead. In the end, DRDC was able to keep the lead and win 109 to 128.

The Prairieland Punishers would like to thank all the volunteers, NSOs, and refs who made tonight possible. Also a huge hug for all the fans that showed up, donated school supplies to Decatur Public Schools, and cheered the teams through two exciting bouts!