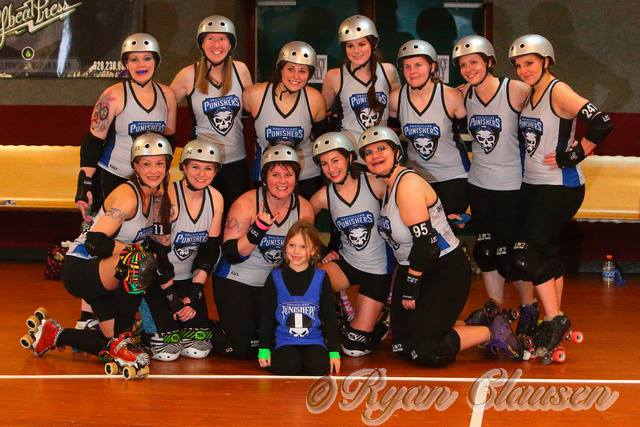 The Prairieland Punishers faced off against the Fox Cities Derby Roller Vortex in Appleton, WI on February 28, 2015. After a six hour drive, the Punishers went straight to work and took a thirty point lead. The Vortex were not phased and quickly cut the lead by twenty.

Any time the Punishers increased their lead, the Vortex would pull together an impressive jam to keep the score close. This back and forth continued the entire bout creating four lead changes. At the half, the Punishers had a ten point lead.

Each team faced their own challenges: the Punishers found the defense of the Vortex to be physical and the Vortex found the walls of the Punishers unshakable and the jammers tenacious. The action was unrelenting as the two teams battled for position and the lead. In the end, the Punishers took home another win: 200 to 184, increasing the record to 2-0 for the 2015 season.

The Punishers would like to thank the Vortex for having us and the fans that came out to support local roller derby. The team had an amazing time and look forward to playing the Fox Cities in the future.