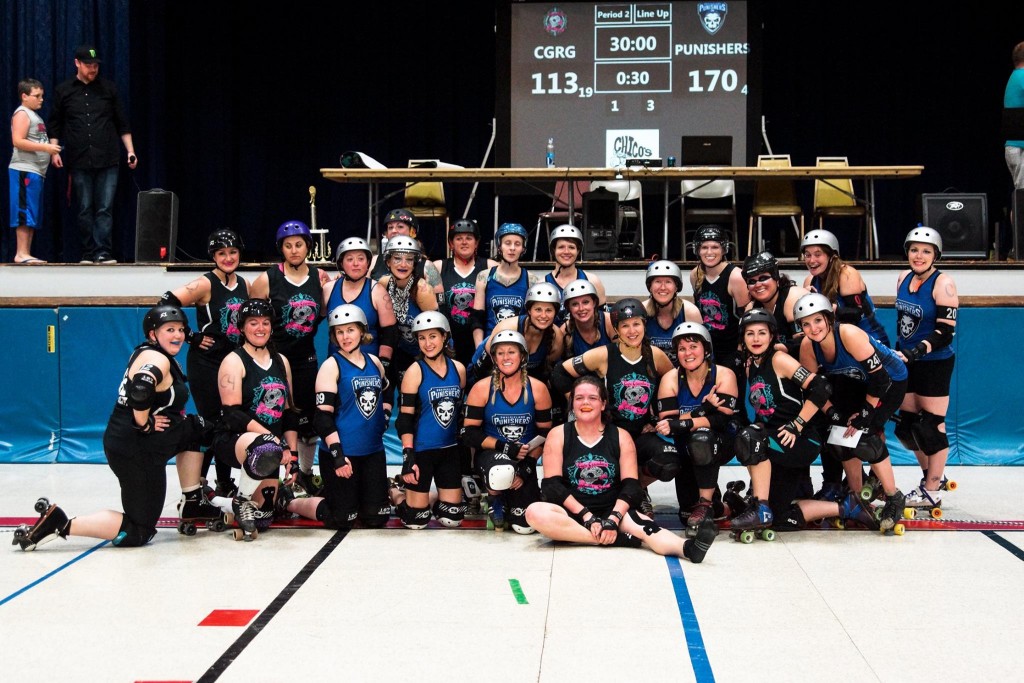 The Prairieland Punisher All-Stars traveled to Cape Girardeau, Missouri to take on the Cape Girardeau Roller Girls on June 20th.  Anticipation was high since it had been almost six weeks since the last time the All-Stars bouted.  After the first whistle, it became clear that both teams came to the bout to win.  Game play was very physical – huge hits and offensive attacks were key parts of CGRG’s plan to win.  CGRG took an early lead over the All-Stars, but the All-Stars were in striking distance of CGRG’s lead through out the first half.

By half time, the All-Stars had taken the lead: 58 to 67.  This lead continued to increase through out the second half though the physical game play continued.  CGRG began to get plagued with penalties that the All-Stars took advantage of by increasing the lead.  At the end of the half, the Prairieland Punisher All-Stars beat the Cape Girardeau Roller Girls 113 to 170.  The All-Stars would like to thank CGRG for hosting the bout!