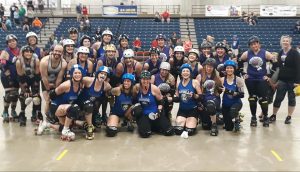 The Prairieland Punishers wrapped up their 2019 season on Saturday, June 22 with a win against Rockford Rage Roller Derby, ending the game 150-115 and the season 7-2.

The AllStars captured an early lead that the skaters maintained the entire game thanks to successful defensive and offensive plays from all blockers, and strategic scoring rounds from jammers Rabbit Kix, Malibruiser Barbie, and Hare Razor. 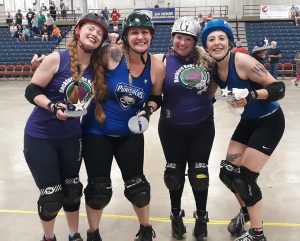 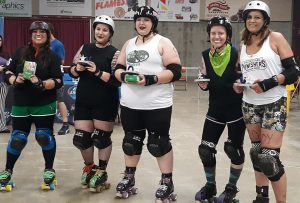 The Punishers will enjoy a brief hiatus until Boot Camp begins at the end of July. Dates for the 2020 home season have been set for April 25, May 30, and June 27.